Archive for the category “Alfred Lawson”

Frank Schober was an Early Bird aviator (he soloed in 1912) and later worked as a mechanic for Glenn Curtiss. In 1917, Schober was recruited by Alfred W. Lawson to come to Milwaukee to help assemble military training models that Lawson hoped to sell to the Army. World War I ended before any sale could be made, and Schober left Milwaukee. After Schober left, Lawson completed work on his 16-passenger Lawson Air Liner (L-2) and flew it on a tour from Milwaukee to Washington D.C. and back (with many  promotional stops and minor mishaps).

Schober rejoined Lawson in Milwaukee in 1920 as work started on an even larger plane, the Midnight Liner (L-4).

Several photos from Schober’s collection have previously been published online, mainly on the Early Birds entry for Schober:

Schober’s grand-daughter recently sent me some scans of other photos in the collection, including shots that were new to me.

Here are a few:

2) Workmen gathered around the Midnight Liner. The lightweight clothing makes me guess that this might have been April or May, 1921, shortly before the first attempted flight.

3) The severe damage to the engine and nose of the Midnight Liner after it crashed during takeoff, May, 1921. This is much closer than any other views I’ve seen. From this image, it’s easy to understand why the cost of reconstruction scared away Lawson’s investors. 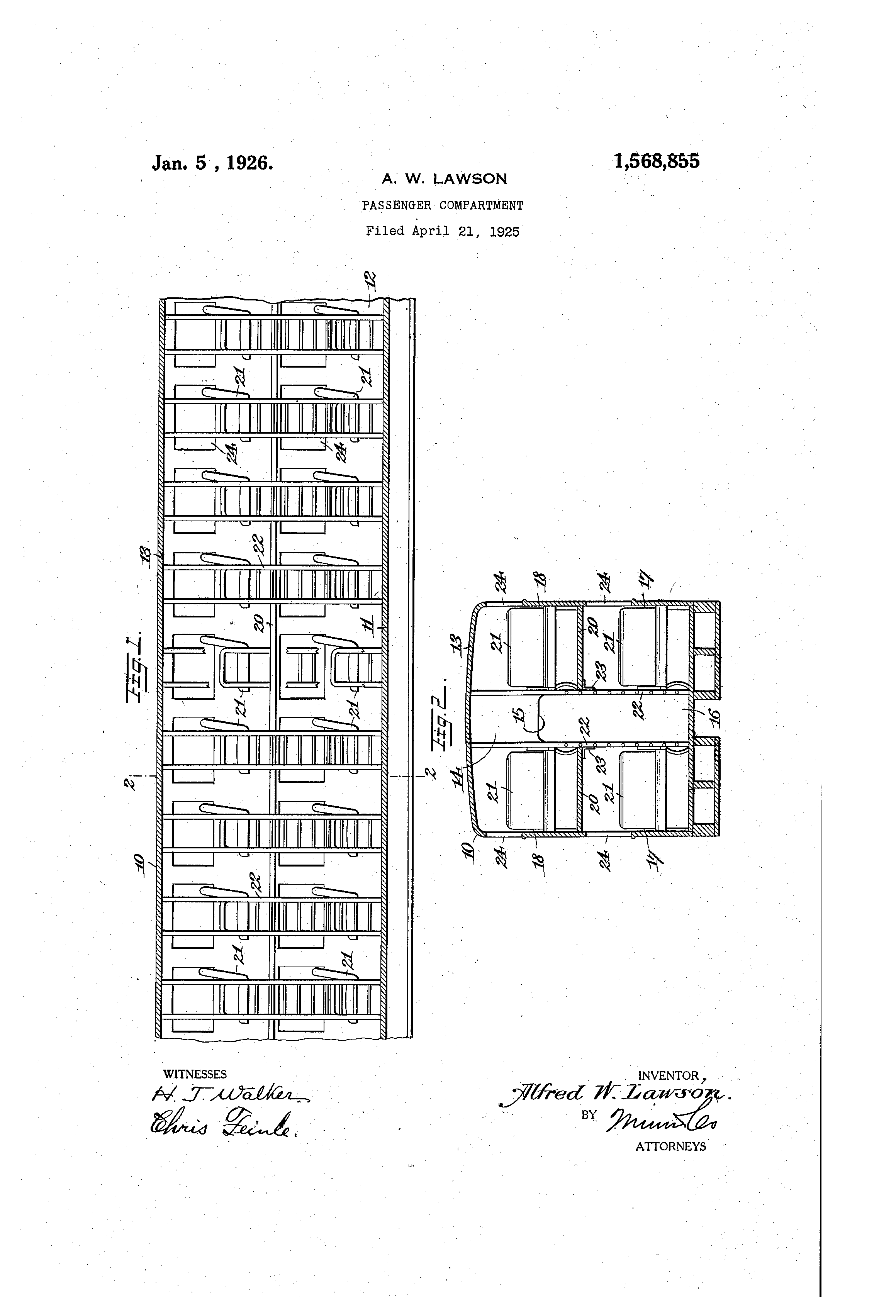 This past weekend, while visiting my son in Troy, New York, I made a side trip to Pownal, Vermont to search for a grave in the Oak Hill Cemetery. The marker belongs to Alfred William Lawson, Jr., the product of a brief marriage just rediscovered recently, years after my biography of the Lawson Brothers was published.

At age 19, while starting to rise as a minor league pitcher in the late 1880s, Lawson succumbed to what appears to be a shotgun marriage to Hettie Foote of Pownal. Where and how they met is unknown, but Lawson later had close friends in baseball from nearby North Adams, Massachusetts. After they married, Lawson took a factory job in North Adams, where he resided with his new wife. A baby was born in May, 1889, just 5 months after their marriage. It was named after the father. The baby was born with spina bifida, and it must have been severe–he died a month later, in late June, 1889.

Al Lawson soon abandoned his wife, and went back to Indiana, Illinois, and Wisconsin to continue his athletic career. Hettie remarried in 1893, though it is unclear how her previous marriage was dissolved. Lawson never married again until the 1940s, when he was in his 70s, and desirous of offspring to carry on his mission. Feelings of guilt, pain, and inadequacy likely caused him to shy away from emotional commitments during most of his adult life, caused by the death of this child and a doomed marriage.

I’m as guilty as other writers in portraying Lawson as a born eccentric, blind to emotional entanglements. This little stone marker in Pownal, a tiny headstone for a tiny body, adds a new level of complexity to the character of this most curious man.

Between 2009 and 2013, I maintained a Typepad blog entitled More Fiends to give post-publication updates to my book Baseball Fiends and Flying Machines. Although I stopped posting to that blog over a year ago, I left it online until now. [I believe WordPress is a stronger platform; and also wanted to create a blog for all my projects, not just one title.] Since publication, I’ve collected more items on Alfred and George Lawson; and at the same time requested that McFarland designate that the title is out-of-print.

Potentially, I have enough material to create a revised edition, although I would probably only do so through an ebook platform, since the market would be very limited. That’s somewhat down the list of my writing and promotion priorities, since I have a new title forthcoming in early 2016 from SUNY Press, as well another another one being researched and written right now.

If anyone is trying to track down posts from that Typepad blog, contact me and I’ll provide a copy.